Six athletes have been selected to represent Ireland at the 2022 Winter Olympics in Beijing.

The Irish contingent will boost the total number of Winter Olympians to 33 when the games begin on February 4.

Here is a brief introduction to the six Olympians (four repeat participants from Pyeongchang 2018 and two first-timers) who will be competing in Beijing in 2022.

The Pyeongchang 2018 Olympian hails from Carlow and Dublin, and she’ll be competing in the Giant Slalom, Slalom, and Super G in Beijing. 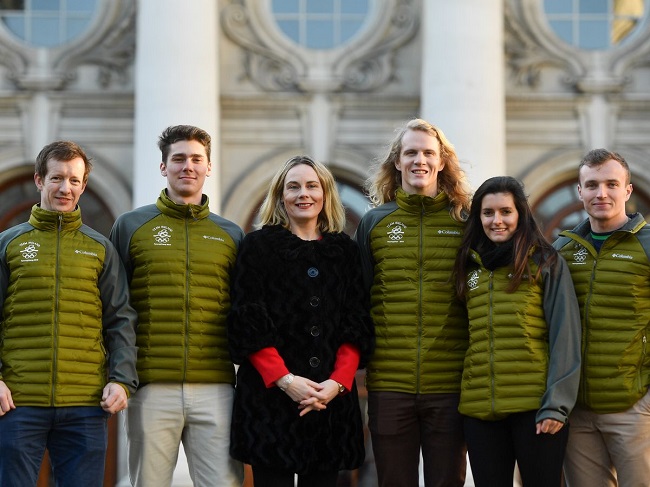 She was born in the French town of Vetraz, Monthoux, not far from the Swiss border; she is now a biomedical studies student at the University of Geneva.

Gower’s great-grandmother came to Skibbereen from Dublin, where she was born. He’s making his Olympic debut right now.

Westgaard is heading to Beijing for his second Olympic Games, where he will compete in the 15-, 30-, and 50-kilometer distance categories.

He has a mother from Galway and a father from Norway, and he is a respected, consistent Cross Country Skier on the international circuit. His training sessions can go up to five hours or 58 kilometres.

Brendan Newby, originally from Newby Cork, Ireland, is most commonly referred to by his nickname, Bubba. He finally got to live out a dream he’d had since he was a kid watching the Olympics in Salt Lake City by taking part in the 2018 Winter Games in Pyeongchang.

After completing his first ‘double’ in November in Austria, he will be entering the Beijing Olympics as a more accomplished skier.

For the Luge, it’s Elsa Desmond.

Thanks to Desmond’s skill and determination, Ireland will have a luge athlete in the Olympics for the first time ever. Desmond founded the Irish Luge Federation in order to participate for her country.

With Milan 2026 as her primary goal, the certified medical doctor finished the season strong to become Ireland’s first luge athlete.

Her grandfather was born in Cork and her grandmother is from Ballyjamesduff in Co. Cavan.

When the Winter Olympics return to Beijing in 2022, O’Connor will make history by being the first athlete from Ireland to compete in three Olympic Games. He’s a 24-year-old veteran of the sport who has already competed in Sochi (2014) and Pyeongchang (2018).

Though he currently resides in Utah, US, his paternal grandparents hailed from the Irish cities of Drogheda and Dublin.

“It’s a tremendous honour to be participating in the Olympics for a third time. One of the highlights of my life was carrying my country’s flag into the last Olympics “That’s what he had to say, he clarified.