Sporting events including hockey, basketball, and archery are held at the Olympic Games, where the best athletes from all over the world fight for the title of best in their respective disciplines.

Track and field events, especially sprinting events, where men and women compete to see who is the quickest, are among the most watched of these kinds of contests.

In such high-stakes competitions, elite athletes may break existing world records. This situation is not uncommon in Olympic sprinting.

Which athlete is the quickest in the world, and who is it? Is Usain Bolt done dominating? 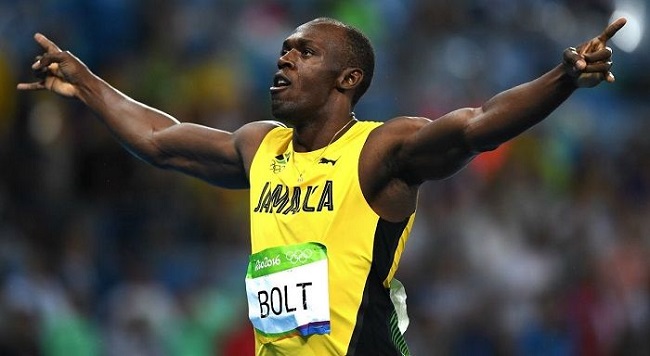 Who is the Fastest Man in the World?

Usain Bolt, born in Jamaica in 1986, is the world’s fastest man. Britannica reports that Bolt has won the 100- and 200-meter Olympic gold medals for three consecutive games. His time of 9.58 seconds in the 100-meter event at the 2009 IAAF World Championships is the fastest time ever.

In addition to his 100-meter and 200-meter records, Usain Bolt also holds the men’s 200-meter record (19.19 seconds, set at the 2009 Berlin World Championships). Bolt’s previous record for the 200-meter dash was set in 2008 at the Beijing Olympics and stood at 19.30 seconds, therefore he set a new world record here.

He completed his “triple triple” by winning the 100- and 200-meter individual events as well as the 4×100-meter relay at the 2016 Olympics in Rio de Janeiro. Over the course of three Olympics, he set a record by winning gold in two separate individual sprinting events.

How Quickly can you Run the 100-Meter Dash?

With times of 9.69 seconds in the 100-meter dash, Obadele Thompson, Yohan Blake, and Andre De Grasse are all tied for third.

In 2008, Asafa Powell ran the 100 metres in 9.72 seconds, good enough for fourth-fastest in the world. Richard Thompson and Justin Gatlin hold the fifth-fastest time at 9.74 seconds.

The Question is, “How can you Run Faster?”

It’s not easy to run faster, but with the right technique and a plan in place, you may accomplish your goal with less effort. The website Healthline offers a list of 25 running advice for all levels of runners.

Healthline suggests that runners, in order to perform at their best, should follow some basic guidelines such as eating properly and drinking plenty of water. Runners should not only wear lightweight clothing and running shoes, but also work on perfecting their form.

In order to acclimatise one’s body to running, it is recommended that the reader engage in more activity. A good way to get “inspiration, competitiveness, and encouragement” is to join an exercise club with people who have similar goals.

Hill sprints, endurance runs, and lateral exercises are all excellent options for runners who are already at the intermediate level.

runners and sprinters improve, they should challenge themselves with more precise goals and events.