According to Deadline, Morris Chestnut has been cast as the male lead in Our Kind Of People, a new drama series on Fox from writer/executive producer Karin Gist, executive producer Lee Daniels, 20th Television, and Fox Entertainment.

Chestnut will star opposite Yaya DaCosta. 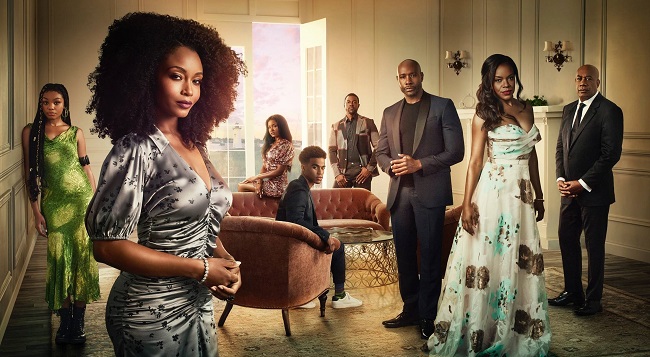 Chestnut has been a series regular on the Fox/20th medical drama The Resident for the past two seasons. Casting Morris in Our Kind of People does not signal the end of Morris’s time on The Resident.

Season 5 renewal for the medical drama is anticipated as Fox releases its 2021-22 schedule today.

Chestnut’s role as a series regular on the show will extend into the next season. In fact, over the course of the next year, Chestnut will be appearing in not one, not two, but three series, as he will be reprising his role as Lance Sullivan in the Peacock limited series The Best Man: The Final Chapters.

The drama, which was given a straight-to-series order for the 2021-22 season, was written by Gist and was inspired by Lawrence Otis Graham’s controversial and highly acclaimed book Our Kind of People: Inside America’s Black Upper Class.

It is set in the affluent community of Oak Bluffs on Martha’s Vineyard, a historic stronghold where the wealthy and powerful black elite have come to play for more than 50 years.

In Our Kind of People, we follow determined single mother Angela Vaughn as she fights to restore her family’s name and makes an impact with her revolutionary haircare product that celebrates the inherent, natural beauty of black women. However, she soon learns a shocking fact about her mother’s background that will change her life and this town forever.

Chestnut will play Raymond Dupont, Leah’s husband, who is a senior executive at a food conglomerate who has been struggling to resuscitate the corporation after his white business partner Jack almost ruined the firm via mismanagement.

He is a caring parent and his daughter can always count on him. But he doesn’t support his son Quincy’s dreams of making it as a professional basketball player, which puts them at odds.

The show’s first episode will be directed by Tasha Smith.