World of Warcraft (WoW) was the most popular multiplayer role-playing game with almost 10 million users, surprisingly a huge number in 2009. That is enough to tell the popularity of the game. WoW is an online game with a huge number of users due to which it is more prone to errors. While gaming online, Connection plays an important role, on the other hand, it also has a weak server issue. That is a widespread issue many users face in many different online games, which shows many errors while playing. The majority of them is related to losing connection while playing games. 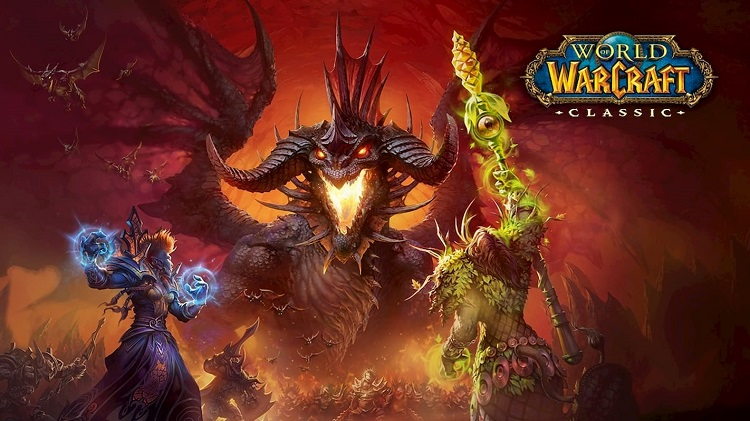 Errors while playing the game is very frustrating and annoying, there are many problems in online games not only in the WoW it is zoom in all online games. In WoW, there are many tricks to solve the problem of WoW51900319. Take the following advice that is discussed later in this article. Blizzard Entertainment has also said that WoW51900319 is an error in the game means that you are disconnected from the game or you are dumped out from the game.

Some small fixes can help you to solve the error WoW51900319. The solution is written below we can find fore solutions for the error mentioned below with explanations and some of them with easy steps you can follow to get out of the issue.

Fixing FPS is the common fix you can do to make your game smooth and fast, FPS make the game smooth, and FPS changes the looks of the game. FPS stands for frame per second, so a high frame rate makes the game look good, but due to poor connecting, your game can lag a lot and can make you disconnect from the game.

Changing to low FPS in the game makes you eligible to play even on a poor connection; after decreasing the Frame Rate, you can play the game very easily and without lags. Many users reset their FPS settings, which help them to play the game with no errors. However, the graphics of the game degraded, although the game becomes smooth and error-free.

In WoW, the fix is done after you ensure that the frame rate in the background is set at 30 fps, which is suitable for playing WoW without errors. Many users use this solution, and they get a better result after this solution; they enjoy that game very easily even if there is an issue of a poor connection. For doing FPS fix, you have to go in the system setting than in the advance tab, you can see the bar of frame rate, which is selected to max frame change it to 30 fps and select ok then you are good to go.

Logging in and logging out can also enable us to solve the error issue, it is also a common solution for the issue. In WoW, you can log out from Battle.net, which is the site you logged in for playing the WoW you can logout from there and try logging in again after some time. This solution is easy and effective also, some users claim that they have experienced the change and solve the error issue by logging out.

You can also try that thing because sometimes it is a server problem where traffic was increased, so logging onto it establishes new connections with the server to see the change. The fresh connection from the server helps to establish a lag-free experience in the game. Battle.net is a busy site, so sometimes it affects the games which are ongoing stage, so it displays error on the ongoing game, which makes you disconnect from the game.

For this solution, you don’t have to do much it’s a simple process. You just to uncheck the option of optimizing the network for speed. The option you can see in the system and the system, you see the network option and in-network option you can see the option of optimizing the network that is checked by default you have to uncheck it. After doing optimization, you will see that this error will not pop up for a long time. This solution helps many users, so you can also try. For the sake of simplicity, I have put all the necessary steps below so you can follow them easily.

Step 1: Go to the system settings in the game.

Step 2: In the system, setting check the network setting option.

Step 3: In the Network Setting, uncheck the option to optimize the network option.

Step 4: Take the exit from there, and you are good to go.

This solution is a technical and complicated solution that requires time and need technical knowledge about Battle.net. In this method, you have to go to the Battle.net site from your PC, and in that, you have to select the option which names as shown in explore.

And then close all the windows and relaunch battle.net; after this solution, you will not see any change in the interface, but while playing, you will see no connecting issues. This method is told by blizzard entertaining itself, so it is a safe and effective method that solves your maximum issue.

In this method, you simply change the user interface and apply a new interface to the site, which gives u a unique and simple method for solving WoW51900319 easily.

For the sake of simplicity, follow the following steps to get rid of the problem of WoW51900319.

Step 1: Go to the site battle.net.

Step 2: In battle.net, you have to select the option open in explore.

Step 3: In the pop window, you have to select the folder of WoW.

Step 4: In the WoW folder, you can see the retail or classic folder; go to that option.

Step 6: Exit from everywhere and restart your game. Now you are all set to bang again on the battlefield.

Method #5 Use the Ethernet Cable

The most important thing in the online game is internet speed. The problem might be with your connection, which is the only way of internet connection you will be having for much time. The game’s important thing is smooth connection; low speed can be tolerated and optimized within the game, but irrelevant signals and networks can also be led you to disconnect from the game. And can show the error WoW51900319.

Due to an irrelevant network, the game can show you an error. If the Ethernet cable is used to make the connection between the internet and PC, it will be a smooth and well established, and continuous connection for playing the game. Major of the gamers use this technique, and we have found a good result after Ethernet cable, which is a good solution for the error WoW51900319.

In this article, you have read the solution for the error WoW51900319. Error in online gaming is not a tolerable thing, so in this article, you have seen the solution for the error. If you want to get rid of the problem, you can apply any of the above methods. It will surely take you out from the problem, and after that, you are good to go for another fight without hindrance due to connection losses.

Jordan Chiles has Unusual off Day for US Gymnasts

Shacarri Richardson and Her now Uncertain Path to the Olympics