The Vietnam War, which claimed the lives of over 58,000 Americans and as many as three million Vietnamese, is once again front and Centre in the media thanks in large part to the new 18-hour documentary by Ken Burns and Lynn Novick,

which premiered on PBS on August 25 and will run until September 28 of this year. 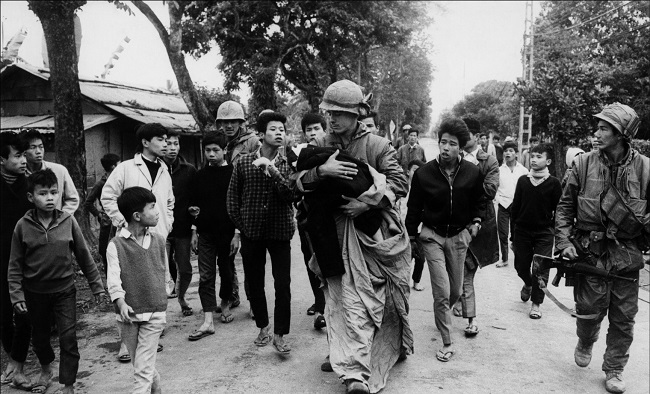 Professor of sociology Paul Joseph is interested in how people feel about war and the values, trauma, and costs associated with it.

His works cover a wide range of issues, including the Vietnam War, the nuclear policy debate, and Operation Iraqi Freedom under the Bush administration.

He led Tufts’ Peace and Justice Studies programme for many years and was twice elected president of the American Peace Studies Association.

Joseph was recently interviewed by Tufts Now to discuss the Vietnam War’s legacy in the United States, including the lessons learnt and those that have been forgotten.

As You Mentioned in a Recent Post, one of these long-Lasting Effects was on News Coverage of War.

Some have referred to Vietnam as a “living room war.” The distance between the battlefield and the viewer shrank thanks to television. People became opposed to the war when the media displayed its brutality and confusion without much filtering.

The Pentagon has taken note of this change in tone. Leaders in the armed forces were forced to consider ways to alter the media’s portrayal of wars after the conflict ended. The media raged against the pool reporting that would have given them more control and instead went out on their own, putting themselves in potentially dangerous situations.

The Pentagon later implemented embedded reporting, sending journalists back to the battlefields of Afghanistan and Iraq. Ironically, the closeness of the journalists and the soldiers helped lessen the impact of the conflict.

Stories of Frank and Mike and Jerry and maybe a Sally and Ann, regular people who left their homes and families and jobs and who made this sacrifice and are behaving ethically, are the building blocks of the narrative that make up the history of those wars. This is all accurate, but it shouldn’t take the place of reporting from the ground in a war zone.

The way we Fight Wars now also Likely Affects how we Feel about the Toll it takes on Human Life.

We become more aware of civilian casualties when there is media coverage of a drone strike or, for example, the botched bombing of a Doctors Without Borders hospital. That’s something the Vietnamese have left behind. To the extent that people are becoming more aware of war, this is a good thing because it helps them “see war” for what it really is.

War can’t be costly, or at least can’t look to be too costly, therefore politicians are stuck between two options. Politically, it is more challenging to send a large number of ground troops into action than it was during the Vietnam War.

Because of this, we must rely more and more on technological methods, such as drones, or uber-soldiers, the secretly deployed special forces people. Neither of these forces receives much attention from the media or the public.