While some participants at Tokyo’s Olympic Stadium will be running for the gold, others will be walking.

It has been removed from the 2024 Summer Olympics in Paris and will be replaced by a mixed-gender competition. 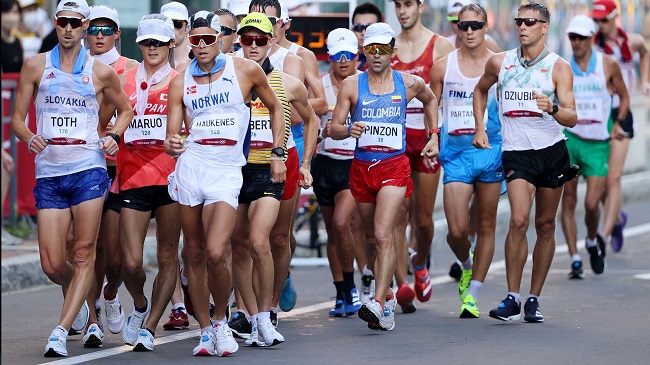 Exactly How do you Walk a Race?

In addition to the obvious difference in pace, there are a few other key distinctions between running and race walking. A racing walker must keep at least one foot flat on the ground at all times. In this context, “lifting” refers to a breach of this regulation. Athletes are also required to keep their leading leg straight from the moment it makes contact with the ground until it passes over it, per official regulations.

If a judge notices a participant in the race acting inappropriately, they will issue a warning. Disqualification from a race occurs after the third infraction.

Who are the American Racewalkers Who will be Representing the Country in the Olympics?

U.S.A. will send two athletes to Tokyo, and they give new meaning to the term “power couple.”

Robyn Stevens and her boyfriend Nick Christie will compete in 20 kilometre races. Both finished first at the U.S. Olympic Trials, but they won’t likely bring home any hardware from Tokyo. When it comes to race walking at the Olympics, Larry Young is the only American to ever earn a medal. In 1968 and 1972, he won bronze in the men’s 50 km walk.

What Time does the Walk Race Competition Begin at the 2020 Tokyo Olympics?

Due to heat concerns, the 2020 Olympic race walks and marathons will be place in Sapporo, more than 500 miles north of Tokyo.