Forget About 5G, Here is What 6G Looks Like

Since last week, further incidents in Vienna have come to light, bringing the total number of Americans who have reported probable signs of a directed energy attack to up to 200.

A U.S. official said to the network that the Biden administration has been inundated with cables from abroad postings indicating possible new cases of “Havana syndrome.” 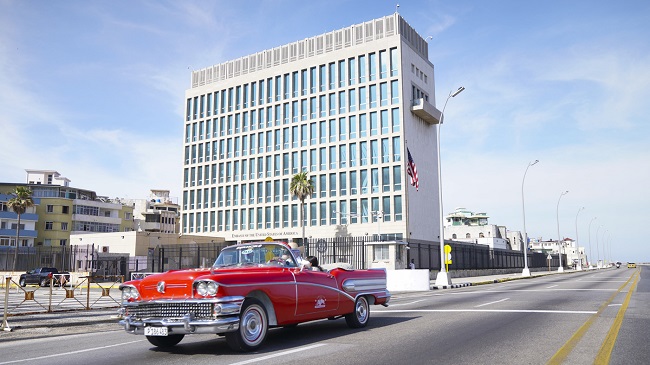 Nearly half of the potential instances involve CIA officers or their relatives, according to the officials, and prospective cases have been reported on every continent except Antarctica. There were around 60 incidents involving people directly connected to the Department of Defense and nearly the same number involving the State Department.

While this is a worldwide problem, one official told the media source that it is more common in Europe.

State Department spokesman Ned Price told reporters on Monday that different American agencies are “vigorously” investigating a slew of such cases among the U.S. embassy community in Vienna.

The New Yorker broke the story that there may have been two dozen incidents in the Austrian capital.

Former and active FBI agents and staff have also reported experiencing symptoms while working in Europe and Central Asia; several were struck in Vienna more than a decade ago.

Officials from the United States Embassy in Cuba started falling ill with what has since been named “Havana syndrome” the same year. Some were hospitalised for months, while others suffered permanent brain damage.

Some speculate that a strike by U.S. opponents employing radio wave weapons is to blame for the illness, but no one knows for sure.

According to a representative for the Defense Department, the agency is “heavily engaged on this subject as part of the [National Security Council]-led interagency process throughout the federal government to handle anomalous health episodes, and is completely committed to discovering both the causes and source.”

Moreover, “the safety, health, and wellbeing of our workers remains a major priority for the Department,” the official said.