DPM Wong: US-China ties are entering “hazardous zone” and the two countries could “sleepwalk into conflict.”

Singapore’s Deputy Prime Minister Lawrence Wong warned on Monday (Aug. 15) that the United States and China could accidentally escalate into a full-scale battle as a result of their actions, making the world a more dangerous place. 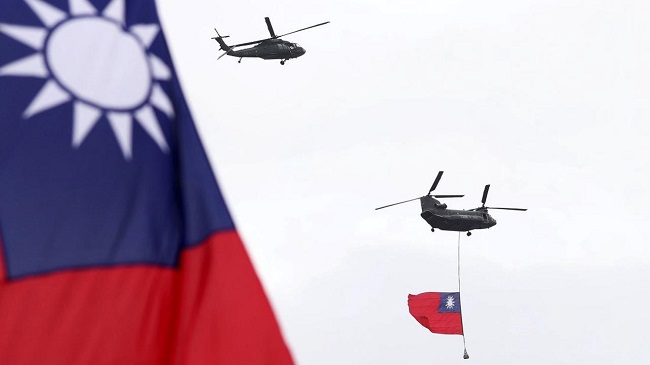 Following US House Speaker Nancy Pelosi’s travel to Taiwan earlier this month, Mr. Wong discussed US-China ties in an interview with Bloomberg News editor-in-chief John Micklethwait. China’s response to her visit was hostile, and it included military drills near Taiwan and restrictions on trade with the island.

Ms. Pelosi’s visit ratcheted up tensions between the two countries, according to Mr. Wong, who noted that ties had been tense due to recent events like the crisis between Russia and Ukraine.

He warned that the two countries were making a series of decisions that may lead them into “more and more perilous area.”

“Anywhere in the Taiwan Strait or the South China Sea, you run the risk of a close call or catastrophe. Historically, this sort of thing does occur.”

After being asked about the likelihood of a Chinese invasion of Taiwan, Mr. Wong responded that it is “impossible to say,” especially as the situation becomes increasingly ambiguous. Although the United States and Taiwan do not have diplomatic relations, under American law, the United States must nonetheless supply Taiwan with the means for self-defense.

“It’s safe to say that Taiwan is a potential flashpoint. As we’ve seen in recent events, it’s easy for things to get violent, and they may develop quickly. This isn’t because anyone wants violence to break out; as I said, both sides know the risks and are trying to avoid escalation “Says Mr. Wong.

“The top officials on both sides are aware of this. But as the old adage goes, the real difficulty and danger isn’t that nobody wants to go to war, but that we keep getting drawn into conflicts nevertheless.”

Although both the US and China agree that there is only “one China,” Mr. Wong believes that the “adversarial relationship” between them will persist for some time.

Mr. Wong said that the upcoming midterm elections in the United States and the upcoming party congress in China do little to improve the tense domestic political climate in either nation. Especially at this time, he continued, “it makes it impossible for either side to concede any ground.”

Singapore is “not an ally of the United States.”

Mr. Wong was asked if he thought Singapore was an ally of America and if Ms. Pelosi’s visit gave the certainty that the US would defend its allies. Mr. Wong responded, “We are not an ally to America.”

Singapore has always upheld the “one China” policy, and its foreign policy is guided by its own vital and fundamental interests, he said.

Mr. Wong stated that Singapore seeks to establish a framework in the Asia-Pacific, namely in Southeast Asia, where all the major countries have stakes.

Mr. Micklethwait went on to question if Singapore profited from the migration of businesses and individuals from Hong Kong to Singapore as a result of China’s economic decoupling, or shift in emphasis from economic growth to economic control.

Mr. Wong retorted, “we take no joy when locations around us experience negative effects.”

We want Singapore to be a haven of safety and opportunity in an otherwise volatile and hazardous globe, he remarked.

“We hope that peace and prosperity spread throughout the world. We favour an international economic system based on common standards.”