In October of last year, doctors considered placing then-president Donald Trump on a ventilator due to his low blood oxygen levels and lung infiltrates brought on by the coronavirus. 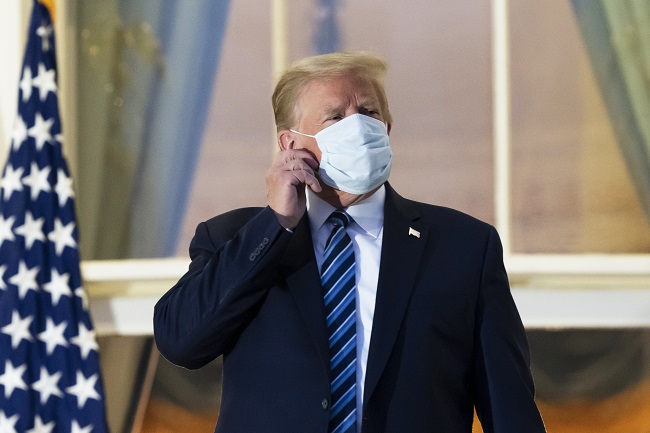 Covid-19 Proved That Trump Is Even Stupider Than We Thought

According to four persons acquainted with his illness, President Donald J. Trump was much sicker with Covid-19 in October than was generally reported at the time, with severely low blood oxygen levels at one point and a lung problem related with pneumonia caused by the coronavirus.

Before being brought to Walter Reed National Military Medical Center, his prognosis became so dire that officials feared he might need to be placed on a ventilator, according to two people familiar with his health.

In October, it was reported that Trump had difficulty breathing and required oxygen at Walter Reed National Military Medical Center. It’s safe to say that Trump “has had oxygen,” Ex-President Trump’s doctor, Dr. Sean Conley, hedged on the topic at the time, adding that Trump “is not on oxygen right now.” Without explicitly answering the question of whether or not Trump had received it, Conley said, “He has not needed any this morning, today at all.” Conley responded, “Right now he is not,” and then added, “Yesterday and today, he was not on oxygen,” when asked if the patient had ever had supplementary oxygen as part of his Covid-19 treatment.

Business Insider Claims that During his Bout with COVID-19, Trump Developed Inflamed Lungs and Low Blood Oxygen Levels, Showing that he was Significantly Sicker than the White House had let on.

Lung infiltrates, which Trump apparently suffered from, can be caused by bacteria or moisture in the lungs. Similarly, his blood oxygen level decreased into the 80s, despite the CDC’s recommendation that it be between 95% and 100%. White House officials never let on that Trump had these symptoms, which point to a more severe form of COVID-19 than was previously thought. According to the Times’s reporting based on the statements of two unnamed insiders, Trump’s hospitalisation on October 2 was preceded by fears that he may need to be placed on a ventilator.