Within the vast world of mobile gaming apps, the poker category has become a strange space. The game remains fundamentally very popular. But the apps are a confusing jumble of old and new — not to mention the fact that some once-great poker apps have disappeared altogether (at least in the U.S.). This results in a lot of gamers who would like to have a reliable poker app or two on their phones, but have trouble sifting through all the confusion to find one.

If you’re on the lookout for a good poker app, trial and error can of course help you to narrow things down and find one you like. Really, this is how a lot of people approach mobile gaming in general. But it can still speed up the process to have a few specific things to look for, and as it so happens there are some pretty clear differentiating factors that separate the best poker apps from the rest.

By this point developers and gamers alike recognize that one of the fundamentals of mobile game design is that things should be kept simple. The moment a game introduces unnecessary complexity, it begins to lose players’ attention. This can be particularly true in the poker category.

Many of the apps are complicated and cluttered — full of ads, unnecessary elements to click through, slow loading times, game room variety, and so on. The simpler ones that allow gamers to choose what they want and enjoy it without interruption are almost always the best.

In online and mobile gaming, where games are generally smaller and more limited, even simple character elements can go a long way toward giving a game a personality. This is actually one of the key elements behind the success of the worms games we wrote about recently — wherein whole teams of cartoon worms are made interesting because some are fat, some are slim, some are silly, some are angry, and they’re all wielding different tools and weapons!

Poker apps can achieve similar success by letting players customize avatars and build characters for themselves. It’s a small thing, but an app like this tends to feel both friendlier and more real if there are character representations of players (as opposed to just names, profile photos, etc.).

Because most poker apps (in the U.S. anyway) don’t offer games with real money on the line — but poker remains a betting-oriented game — it’s essential for games to present robust cash and chip systems that make them feel real. As is suggested in one article on playing online poker with friends (specifically regarding the app Global Poker), this can perhaps best be accomplished by giving players the option of purchasing in-game chips and coins with real money.

One can’t win real money, but there are ways of working different kinds of prizes into games such that there are some real states. Even on a simpler level though, apps will be most successful if they provide players with ample chips, different tiers of games and tournaments with different buy-ins, and the chance to buy in-game perks with fake winnings. In short, the chips and fake cash involved have to help the game feel like real poker.

Much of the above is geared toward multiplayer gaming: the use of character design, the winning and losing of chips with some stakes behind them, etc. And to be sure, any good poker app needs to involve live interaction and competition. With that said, data on gamer preferences emerged a few years ago with the finding that two-thirds of all video gamers prefer to play solo. 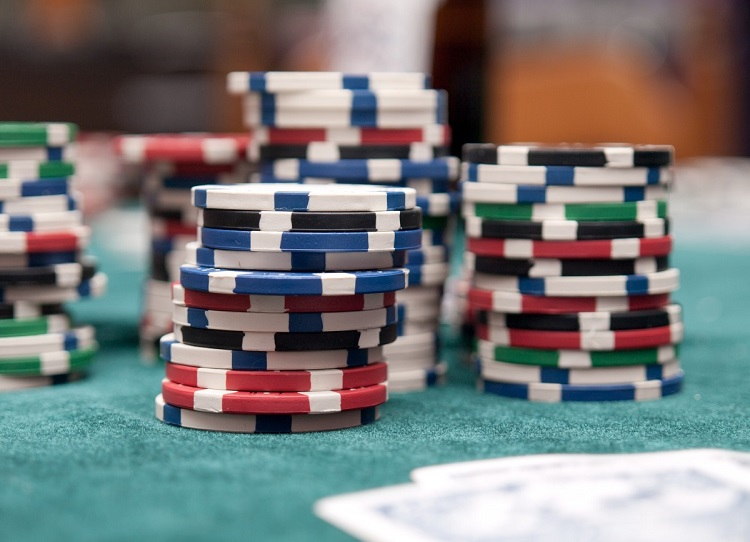 In an era in which there’s so much focus on multiplayer, this was something of a surprise, but it does highlight one more differentiating factor among poker apps: The best ones offer solo game modes as well. Ultimately it can be as much fun to progress through games, tournaments, or even an in-game career against AI as it is to play other real people!

The poker category really is a bit of a maze to navigate. Keep these key factors in mind as you assess options though, and you’ll be quicker to find one you really love.