What was Mr. Dennis Kozlowski (Manager of Tyco Company) Convicted for?

As lawmakers negotiated a criminal justice bill last year, Vice President Kamala Harris seemed like a natural person to go to for guidance and leadership.

She’d served as the top prosecutor in San Francisco and as the attorney general of California. As a senator, she had co-written the George Floyd policing bill. 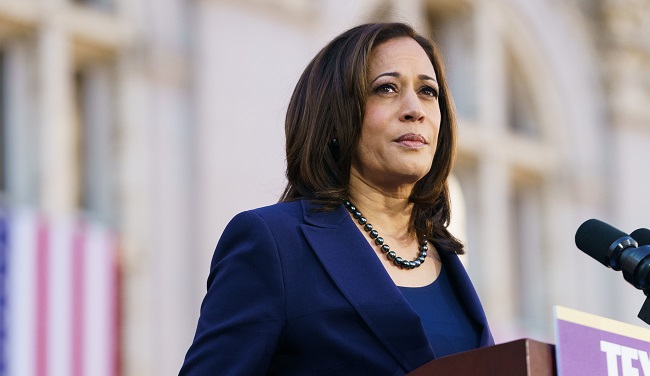 Yet she remained an afterthought to the lead Democratic negotiator in the House.

Bass’ dismissive comment and Harris’ minor role on an issue that seemed tailor-made for the vice president underscore how hard it has been for her to find the sweet spot in the White House.

She holds an amorphous job and has taken on intractable assignments — record-setting migration from Central America and Republican efforts to restrict voting. As the first woman and the first Black and Asian person to hold the office, she has faced outsized expectations and scrutiny. Combined with some well-publicized gaffes and high staff turnover, it was all a recipe for a rough first year.

Harris is hoping to turn things around by finding roles more suited to her skill set. With COVID-19 potentially receding, the vice president and her allies see opportunities to get her out of Washington to champion the Biden administration’s accomplishments ahead of November’s midterm elections.

Though Harris has a new communications director and will soon have a new speechwriter and lead spokesperson, her allies don’t like to describe such changes as a reboot. Her last big reset, during her 2020 presidential campaign when she attacked Joe Biden on the debate stage, resulted in a brief polling burst before fizzling out. Current and former staffers, as well as a cadre of informal advisors, say the vice president is looking to adjust her strategy, not take drastic action.

“I wouldn’t call it a reboot. I’d call it chapter two,” said the Rev. Leah Daughtry, former chief of staff to the chair of the Democratic National Committee and a Harris supporter.

Harris’ allies hope that the combination of more seasoned staffers and her experience will make for a smoother operation. Unlike Biden, who came to the White House surrounded by longtime loyalists, Harris’ staff was largely new to her.

Minyon Moore, who served as President Clinton’s political director, said there’s no workplace in the world like the White House.

“It takes a minute to figure out as public servants how you can perform your duties at the highest level,” said Moore, who also advises Harris informally.

Harris, in an interview with The Times in December, sidestepped a question about staff turnover and corresponding media stories portraying her as a tough boss.

“The person I’m toughest on is myself,” she said, adding that she had also been a mentor and nurturer. Asked by NBC last month about speculation surrounding her future, she bemoaned it as “high-class gossip.”

Harris and her team are trying to put the vice president in positions to succeed. The plan involves getting her on the road — campaigning and selling policy and representing the administration abroad. Harris has also started doing more national news interviews, though such appearances have not always gone well.

She appeared flustered, for example, last month on the “Today” show, drawing mockery for her response to a question about strategies on combating COVID-19. “It is time for us to do what we have been doing, and that time is every day,” she said.

Former and Current Advisors Believe She is Improving and Hope More Consistent Exposure will Diminish such Missteps.

Harris’ poll numbers began a slide in early June after a single television interview in Guatemala when she appeared dismissive of questions about whether she would travel to the U.S.-Mexico border, where migrants have been stopped at numbers not seen in decades. Later that month, Harris hustled to the border but was unable to regain political momentum.

“The more you continue to put yourself in the lion’s den, the more comfortable you become,” Moore said. “She doesn’t have the luxury of retreating.”

Harris faces a daunting environment as she tries to rebound. She and Biden have suffered in public opinion polls, history suggests their party will lose control of one or both chambers of Congress in November’s elections, and several of their top agenda items have died in Congress.

Harris is also a rarity for modern vice presidents, coming to the job with less Washington experience than the president. Biden, who served in the Senate for 36 years before becoming vice president in 2009, has taken the lead in congressional negotiations. He even left Harris at the White House when he sought to rally Senate Democrats at a lunch last month to pass voting rights legislation, an effort that failed.

“People didn’t really know what Joe Biden did every day” when he was vice president, said one former staffer who spoke on condition of anonymity to candidly discuss the frustration inside Harris’ office. “They didn’t know what Mike Pence did.”

Advisors say they are also hoping to tweak Harris’ portfolio to take advantage of her passion for elevating issues that have long been overlooked by Washington’s political class.

The vice president, for example, is particularly proud that she held a White House summit in December on maternal mortality, which disproportionately affects women of color but is seldom discussed as an urgent national problem.

Karen Finney, a Harris supporter who is on the board of NARAL, the abortion rights group, believes the vice president will be especially effective at pressing women’s health and reproductive freedom if Roe vs. Wade is overturned by the Supreme Court, which she and other liberals expect in the coming months.

Finney pointed out that Harris came to national prominence in the Senate as someone who could forcefully push back against Trump administration officials when Democrats were feeling most under siege.

As a face of the administration, she has more often been in a defensive posture.

“She’s really at her best when she is making the case, fighting for people,” Finney said.