The Default Gateway is Not Available I 100% Fix

Many Windows users, generally those using Avast Antivirus or its subsidiary, AVG are facing a problem. It is reported that the antivirus software identifies some of their files as IDP.Generic infected. There is a wide range of files that may be detected as IDP.Generic. This includes gaming files, python files, and other harmless programs. 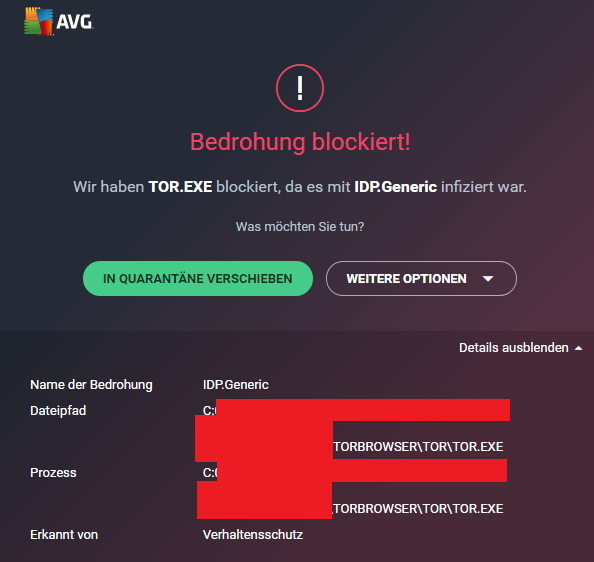 There were complaints from users that legitimate programs were flagged as IDP Generic by their antivirus software. Steam users are also facing the same issue. When your antivirus detects an IDP.Generic threat, it could be one of the following:

What to do when you find an IDP.Generic warning in your system. Read along to find out.

What is IDP.Generic Virus?

IDP stands for ‘Identity Detection Protection.’ So, when the identity protection component of your antivirus software detects a program, it is generalized as IDP.Generic. IDP.Generic is a heuristic detection from Avast or AVG, designed to detect a Trojan Horse generically. The files are tagged by the IDP component as IDP.Generic when the file does something identical to a malware. It triggers a flag, deleting or installing a new file, for instance.

Once the system is attacked by an IDP.Generic trojan, it works in the background of the system. It happens without the knowledge of the user. It can steal information such as passwords, banking information, and other sensitive details. Or can download and install additional malware, give remote access to your PC, even record your keystrokes. It can also record sites you have visited and use your computer to click frauds, among many other malicious activities. Hence, this malware can be harmful.

As in most cases, if an outdated antivirus program creates the IDP.Generic warning. It can be easily fixed by updating the software. On the other hand, if the warning is created by a real IDP virus, then it dealt with separately.

Should I Ignore IDP Generic?

Ignoring the warnings from your antivirus software is not a good practice as far as the security of your system is concerned. Very often, the detection of IDP.Generic is a false positive. But sometimes this could be a trojan or some malware. They are capable of stealing passwords, banking details, or designed for other similar malicious activities like identity theft.

In some cases, the attackers will disguise the malicious program as useful software, so that the users are unable to find out. So, it is not advisable to ignore them completely. It is recommended that you should use another antivirus software to check the same file. If it is again detected as IDP.Generic, then you should run a complete system scan. Ensure that your system is not at risk. If you find any infected files, take steps to remove them.

If the file flagged as IDP.Generic is within a temp folder, it could be a virus or trojan. So, it is better that you clean the file or delete it. If the warning is generated for an executable program, then it could be a false positive. But make sure that you downloaded the file from a trusted source.

You can also make use of VirusTotal, a website that can detect malicious programs, viruses, worms, etc. Go to VirusTotal and upload the file that was flagged as IDP.Generic by your antivirus program. After analyzing the file, if VirusTotal does not flag the file, then you are good to go. You can ignore the warning. Don’t forget to add the file to the whitelist, or else your antivirus program may prevent you from using the file.

An outdated version of java can also cause the problem. So, whenever you install software, make sure that it is the up to date version.

What Should You Do If You Find False Positive?

One thing you can do is to update the antivirus program. Normally, the latest updates come with bug fixes, that corrects this problem. Thus, false detections will be avoided. To update AVG, open AVG > Menu > Settings > Update both virus definition and the program. Then restart the computer. It should fix the issue, otherwise, try the following methods.

Update your java runtime environment to ensure that it is not conflicting or outdated. Remove the old version of java and install the latest version.

Now, if you have confirmed that IDP.Generic detection is false positive, take the file out of virus vault. The steps to do this are as follows:

Once you have done it, upload the file to the false-positive form. It will let Avast know that the file is not harmful and prevents it from detecting it again in the future as false positive.

I hope you have sorted out your problem. Also, be careful not to overlook a potential threat. As mentioned, most of the cases flagged as IDP.Generic were false positive. But it cannot be taken for granted. Sometimes, the threat may be real. After all, the internet is not a safe place.

Malicious programs and viruses come in various disguises. Being alert is the only way to protect your system and data. Read about the latest developments and stay abreast of the information circle. Also, participate in forums and post your doubts there.

Windows Can’t Communicate With the Device or Resource