Mikaela Shiffrin Gets Confidence back in Super-G

At the Winter Olympics, curling is usually a hot topic. After all, the yipping and howling of “Sweep! Sweeeep!” from the players of any game is guaranteed to draw in spectators.

Curling is an Olympic ice sport, but most people didn’t learn how to play it in gym class, so you’re not alone if you find it interesting and baffling. We’ve got you covered if you want to learn the ins and outs of the game beyond the jargon you picked up from the commentators (what exactly is a “hammer”?).

An introduction to the rules and scoring of curling is provided here. 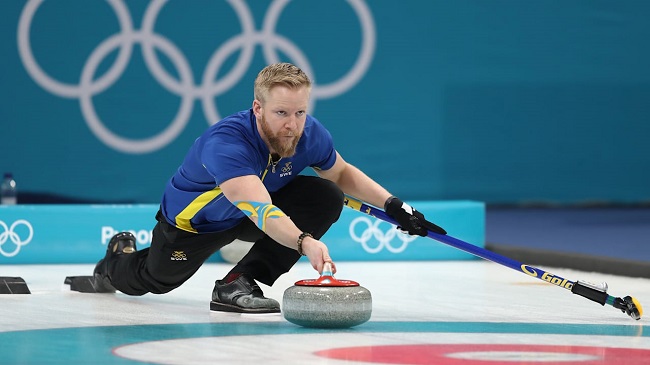 How to Play Curling – The Basics

While the World Curling Federation’s rules may look complex, they are actually rather straightforward. For the sport of curling, teams utilise large, polished granite rocks called “stones” to attempt to guide them down an ice sheet and into a “house” designated with a circular target.

Curling is a sport in which points are scored based on how near a stone comes to the centre of the house (also known as the “button”), but there’s a catch: two teams of four players compete on the same ice surface at the same time, taking turns throwing the stone.

This means that a significant part of the game is about preventing the opposing side from scoring by preventing them from getting in close to their opponent’s stones.

A lot of Planning and Accuracy Goes into a Game of Curling.

Teams compete by making accurate throws of their own while also attempting to dislodge and remove their opponents’ stones from the scoring area. The “skip,” or team captain, makes strategic decisions and throws twice every end.

When they aren’t throwing, everyone on the team (except the skip) is responsible for sweeping, creating what is arguably the sport’s most famous image. For the stone to glide more smoothly, the players in front of it run and buff the ice with brooms to increase its smoothness.

The act of sweeping is also highly strategic, as it may be used to either accelerate a stone that is travelling too slowly or correct the trajectory of a stone that is veering off in the incorrect direction.

However, if the stone is already moving too quickly, you can cause it to overshoot the home by sweeping in front of it.

How Are Points Scored in Curling?

After each “end,” or after each side has thrown eight stones, the score is tallied. The teams must first establish who has a stone that is physically closest to the button. In highly competitive situations, when the distinctions may not be immediately apparent to the naked eye, officials may need to rely on specialised sensors to make this call.

For each of their remaining stones that is closer to the button than their opponent’s closest stone, the victorious side receives one point.

Points are awarded only for stones that enter the house and remain there until the end of the game. The “hammer,” or the privilege of throwing last in the subsequent round, goes to the team that fails to score.

The victorious team is the one that has amassed the most points by the end of the game. In the later stages of a curling game, concessions are also a typical occurrence.

If one team has less stones to throw than it needs to catch up in points, the game might be called before the last end is completed.

If there are no more stones in the house, the end can be finished without a single player scoring. If that happens, no one scores for that end, and play continues.

Each Olympic curling competition begins with round robin play, in which each team faces all of the other teams in the tournament. In the quarterfinals, the top four teams will play each other.

Once those games are over, the top two teams will play for gold and silver, respectively, while the bottom two will play for bronze.