Mary Gundel, the manager of a Dollar General store in Florida, recently uploaded a six-part TikTok series titled “Retail Store Manager Life” in which she discussed life as a retail store manager.

She claimed that she and another worker frequently worked alone in the store because the employer aggressively restricted employee hours. When unexpected shipments arrived without the necessary manpower to unload them, she was required by policy to leave the boxes stacked in the aisles, where they blocked access to the shelves and prompted consumer complaints. 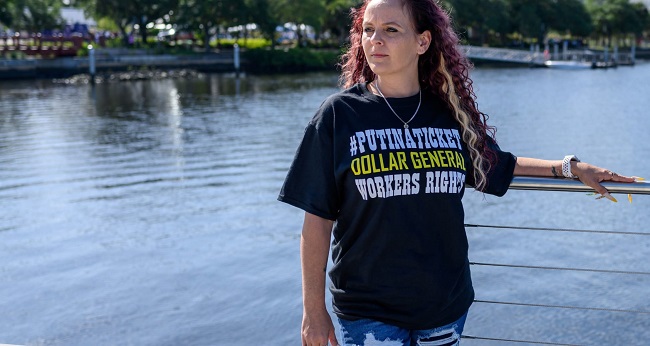 In spite of Dollar General telling her a few months prior that she was in the top 5 percent of store managers, she was ultimately let go after her TikTok videos became viral.

What Gundel says about life at Dollar General has been corroborated by several store managers and employees who have come forward. Reportedly, she has consulted with lawyers about the prospect of filing a class action lawsuit.

Some unionisation efforts at Dollar General stores may have been sparked by the incident, and on Monday, workers at at least some stores are expected to stage a walkout.

Perhaps none of these things were what Dollar General had in mind. And perhaps, with few adjustments, it could have avoided them altogether. Every leader can benefit from the following advice.

Although it’s common knowledge that leaders shouldn’t “shoot the messenger,” people nonetheless have a natural tendency to try to quiet or even kill the bearer of bad news.

After Gundel filmed a video inside the shop and shared it on social media, Dollar General was certainly within its rights to terminate her.

2: Never Assume that Your Employees have no Legal Options Available to them.

To attract clients with minimal means, Dollar General frequently locates its stores in underserved areas. Those without a four-year degree may find few desirable work opportunities in these areas.

Union officials say the business sets a premium on maintaining a “at-will” workforce so they can terminate workers for any reason other than those specifically prohibited by federal law (such as race or religion), as reported by The Washington Post.

A Dollar General in Connecticut chose to unionise in 2017, and the company ultimately liquidated the shop due to its “judgement of the store’s future profitability.”

However, the Pre-Pandemic Age,

When most individuals paid little regard to the working conditions of frontline personnel who contact with the public, was when such policies and procedures were developed. Workers in these fields now have a distinct reputation because they helped the rest of us survive the epidemic at greater danger to their own health.

Overworked staff in businesses with products they are too tired to place on shelves are no longer toiling in anonymity thanks to the likes of TikTok, and an infinite number of other social media platforms. Once thought unthinkable, unionisation at an Amazon warehouse is now a serious possibility in the modern era.

Among the most surprising aspects of this narrative is the fact that Gundel was already among the top five percent of the company’s most valuable store managers before she became famous for her TikTok videos.

Her annual salary of around $51,000 was significantly above the median income in Tampa, despite the fact that the chain’s success is predicated on keeping expenses as low as possible.

What caused a dedicated and valued worker to turn into a TikTok whistleblower is a question that must be answered by the firm.