The Ocean at the End of the Lane Analysis

What if liberal Democrats, rather than conservative Republicans, had the idea for America’s mass incarceration and police brutality against African Americans?

What if, instead of the typical suspects Ronald Reagan and Richard Nixon, you need to have a look at liberal lions John F. Kennedy and Lyndon B. Johnson to figure out why cops kill people on a daily basis and why there are about a million black faces behind bars in the United States? 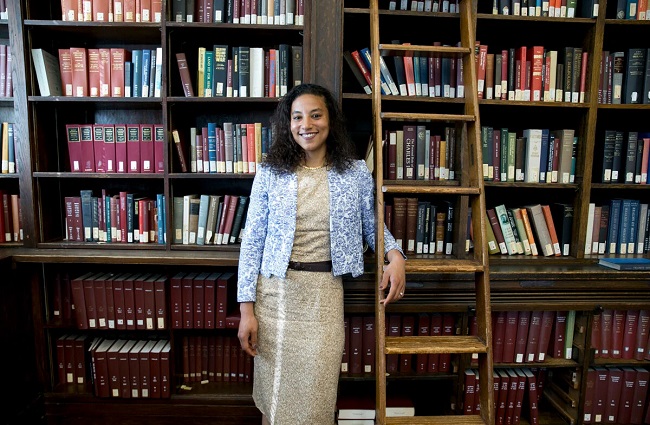 Recently, a notorious interview with former Nixon adviser John Ehrlichman was released in Harper’s magazine. In it, Ehrlichman explained that the Nixon White House instituted drug prohibition because it “had two enemies: the antiwar left and black people.”

Since they were unable to outlaw either, they instead used the “public to connect the hippies with marijuana and blacks with heroin” tactic to eliminate both groups through criminalization.

While the second half of the book focuses on Nixon and his “long-range masterplan” for jail, Hinton notes that “even if all the citizens serving time for drug offences were released, the United States would still be home to the greatest criminal system” in the world. Instead, she provides a broader critique of liberalism.

The Ways in which Black People in America

Hinton outlines the ways in which black people in America have been systematically excluded from advancement since the abolition of slavery.

In the 1890 census, blacks made up only 12% of the population but 30% of the prison population; this disproportionate representation persisted throughout the middle of the 20th century. Meanwhile, “unemployment rates of African Americans were more than double their white counterparts” by the 1960s, and even now black people are twice as likely to be unemployed as white people.

Liberals ignored the economic inequality that was a direct result of decades of institutionalised racism. Instead, it put the responsibility on the moral shortcomings of today’s youth. The Kennedy administration’s “total attack” on juvenile delinquency shifted the blame for social ills such as poverty and racism onto at-risk adolescents.

Kennedy’s social programmes pathologized “inner city” youth and advocated for the establishment of harsh juvenile detention facilities, but this did not make the lives of the more policed children or their neighbourhoods any more secure.

Mass incarceration was really made possible by:

His successor, Lyndon Johnson, whose Great Society paved the way for it. The Housing and Urban Development Act, the Voting Rights Act, and the Law Enforcement Assistance Act were all sent to Congress by Johnson in March 1965, and they are often considered to represent the government’s conflicted response to the civil rights movement.

The first two were ostensibly crafted to aid low-income black people by expanding voting rights and housing opportunities. Nonetheless, the third, which is not as well discussed now as the other two, was the federal government entering the local law enforcement industry at a time when black political power was on the rise.

To keep local governments’ tyrannical tendencies in check, federalism made it possible for private companies to sell them military equipment on the taxpayer’s cost. Hinton claims this demonstrates how Johnson’s actions reflected “a manifestation of dread about urban disorder and about the behaviour of young people, particularly African Americans.”

The Battle on Poverty was swiftly followed by Johnson’s War on Crime, which he described as “a war inside our own limits” that “costs taxpayers far more than the Vietnam conflict.” Black individuals made up a disproportionate share of those killed in these wars.

Moreover, Hinton provides much-requested background for the ongoing discussion about community policing by tracing the development of initiatives like Police Athletic Leagues.

A fantastic shot of young black men playing cards with police officers in a DC juvenile facility in 1968 may be seen in the middle of the book.

A dark undercurrent ran through these initiatives to strengthen community ties with the police: they were actually preemptive strikes by police to identify “future criminals” while ostensibly delivering social services. When narcotics became widespread, citizens had no other option except to contact law enforcement.

However, Hinton does not Place all the Blame on the Cops.

She shows how funding for job training programmes increases by 13 times as much as funding for prison-like security features added to public housing in St. Louis (which worried residents).

Yet, “a federal employment drive to create work for black men never materialised,” unlike the Works Progress Administration, which helped white people out of poverty during the Great Depression.

Meanwhile, the Johnson administration underwrote substantial recruiting in largely all-white police departments, some of which started patrolling inner-city school campuses, thanks to financing from the Office of Law Enforcement Assistance.

“No right is more essential to our society, and no right needs more urgent protection, than the right to personal security.” A dog whistle to frighten white voters into thinking black civil rights threatened their safety, this argument was the “all lives matter” of its day (and a playbook which Oval Office aspirants, not to mention the NRA, have evoked ever since).

Hinton’s perspective is consistent with several robust new studies that demonstrate how conservatism and liberalism alike have promoted white supremacy in America.

There is still a long way to go from what Alexander has accomplished thus far. Naomi Murakawa’s new book, The First Civil Right: How Liberals Built Prison America, paints a fuller picture of the left’s role in this. Golden Gulag: Excess, Crisis, and Resistance in a Globalizing California, by Ruth Wilson Gilmore.

Book by Laleh Khalili titled “Time in the Shadows: Confinement in Counterinsurgencies,” Books by Keeanga-Yamahtta Taylor and Angela Y. Davis, include Freedom Is a Constant Struggle: Ferguson, Palestine, and the Seeds of a Movement and From #BlackLivesMatter to Black Liberation, respectively. Together, these women’s writings provide a comprehensive overview of the United States’ colonial past, plantation era, imperial expansion, domestic militarism, and incarceration crisis.

The History of a Country that has been so Riddled With the:

The history of a country that has been so riddled with the enslavement, disenfranchisement, internment, and incarceration of non-white people has often been presented as authoritative by white men.

Therefore, it is encouraging to see women of colour who study security topics being read and respected both inside and outside of academia. These experts will not let any American leader, even one on the left, off the hook.

White supremacist ideas are prevalent throughout the political spectrum in the United States, as was recently demonstrated by former President Bill Clinton. Liberalism’s response to what WEB Du Bois memorably called “the dilemma of the color-line” in the middle of the last century was not to rectify African American injustice.

In an effort to keep black agency and anger under control and avoid upsetting whiteness, liberal titans tried to rein them in. While the intentions behind the Great Society were noble, Johnson and his successors’ implementation of it resulted in increased surveillance and the current carceral nightmare.