In Australia, an octopus attacked and severely injured a man on the beach.

Angry Octopus Lashes Out at Man on Australia Beach

In Australia, a geologist named Lance Karlson and his family were getting ready to go swimming when the ‘angriest octopus’ attacked them.

Apparently, while on vacation in Western Australia, a swimming Lance Karlson was whipped by an octopus from the shore. 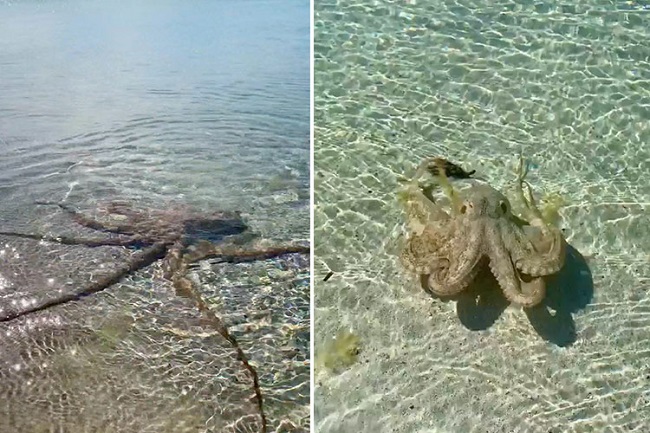 The creature is seen swimming after the geologist Lance Karlson in the viral footage.

The octopus pursued Karlson, hitting him in the arm and then lashing his neck and upper back.

Karlson claimed that the welts of pain left by the beating were alleviated by pouring cola over them.

My go-to remedy for marine animal bites is vinegar, but alas, I was caught without any on me. I figured something acidic may help, so I gave cola a shot, and it did the trick!” he said.

The geologist claimed that he initially saw the octopus’s tail and needed to get closer, accompanied by his two-year-old daughter, to be certain. In the midst of taking a video of it, it abruptly swung around and headed straight at them.

Thanks for read our Article Angry Octopus Lashes Out at Man on Australia Beach.