At the tail end of 2019, Biogen Inc. made a massive gamble. The company decided to bring back an Alzheimer’s treatment that had been written off earlier in the year after it failed two huge clinical trials.

The firm was not prepared to accept defeat. Biogen and its Japanese collaborator Eisai Co. Ltd., had spent years researching the treatment (back then known as aducanumab) and was banking on it as its next major therapeutic breakthrough. 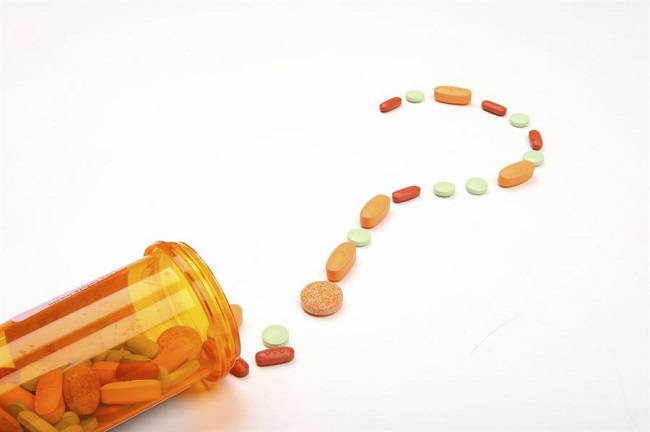 On Monday, after months of debate, Biogen’s gamble paid off spectacularly when the U.S. The medication was approved by the Food and Drug Administration, marking the first brand-new drug for Alzheimer’s in nearly 20 years and the first drug ever to target an underlying component of the illness.

Biogen’s stock rose and the stocks of other pharmaceutical companies working on similar therapies rose as investors anticipated the drug would earn billions of dollars in yearly sales.

Patients with Alzheimer’s disease and their loved ones also rejoiced; some had waited years for this day.

Early-onset Alzheimer’s disease patient Jeffrey Borghoff, 57, from Forked River, New Jersey, said, “Today is a huge day for us in the Alzheimer’s community.” Borghoff, who was diagnosed at age 51 and has been receiving aducanumab as part of a clinical trial, said, “I was elated.”

Aduhelm, Biogen’s branded version of the medicine, was granted the broadest possible approval from regulators, allowing it to be used by anyone with any stage of Alzheimer’s disease, not simply the early-stage patients Biogen had targeted in clinical research. They also largely left it up to individual physicians and insurance companies to determine who is eligible. According to Steve Miller, chief clinical officer at insurer Cigna Corp., the FDA has “moved the obligation of designating the patients to the payer community.”

The decision may have far-reaching consequences for other treatments in development at Eli Lilly & Co., Roche Holding AG, and elsewhere because it appears to represent a fundamental shift in the agency’s thinking regarding Alzheimer’s disease.

Company officials have said that Aduhelm is currently undergoing clinical trials in a number of international markets, including Japan, Europe, Canada, Australia, and Brazil. Biogen has stated that it is able to meet demand for the medicine in such regions.

Regulators have been searching for evidence that new Alzheimer’s medications will halt the disease’s inevitable toll on cognitive and daily functioning for years. This evidence has proved elusive, as countless clinical trials have either failed or had inconclusive outcomes.

The research conducted by Biogen was just as baffling. At large doses, the medicine delayed patients’ deterioration by only 22% in one experiment, and the results were inconclusive in the other.

Unexpectedly, though, the FDA concluded that proof that the medicine delayed cognitive deterioration could wait until far down the road. Results from a follow-up research showed that aducanumab’s capacity to clear the brain of a substance called amyloid—which is suspected to set off a chain reaction leading to brain cell death—was sufficient for fast-tracking its approval.

Some medical professionals still have doubts about the link between amyloid and Alzheimer’s disease, despite years of research.

There will be backlash because of the drug’s high price. Biogen’s annual pricing of $56,000 is significantly higher than what industry experts had predicted. Expensive brain scans will be required to monitor for adverse effects including brain swelling in patients.

It will cost a lot of money to give the injections and to have scans or other diagnostics to make sure patients have amyloid buildup.

“much above where we believe most investors had speculated,” RBC Capital Markets analyst Brian Abrahams said of Biogen’s price. He explained that such high costs are more typical of specialist pharmaceuticals used to treat diseases that affect hundreds of thousands of people annually rather than more common ones like Alzheimer’s.

In 2015, after the success of an interim trial, Biogen began two final-stage trials, enrolling over 3,200 persons with early Alzheimer’s. In March of this year, the company discontinued the trials after a statistical analysis demonstrated the drug was highly unlikely to be effective. One of the trials was initially negative, but as more information became available from patients’ follow-up visits, it became positive.

Biogen consulted with the FDA and decided to restart the drug’s development in October of this year. Some experts in the field of Alzheimer’s disease remained suspicious, saying that a third large experiment was necessary to settle the issue.

In July of 2020, Biogen submitted their application for regulatory clearance. Its stock price skyrocketed on November 4 after an unusual move by FDA staff led to the release of a joint report with the company, in which the FDA called the evidence behind the drug “exceptionally persuasive.”

However, a panel of independent FDA advisers reviewing the evidence two days later took a much more pessimistic view. It found the drug’s effectiveness was not established by the one positive trial (8-1, with 2 abstentions).

That made things difficult for the FDA. Though the vote of the advisory panel is not legally obligatory, the FDA almost never goes against a unanimous recommendation. The FDA was able to find a workaround thanks to the fast track approval process.

It basically didn’t decide whether or not the medicine slowed cognitive decline, but it did say that the drug’s capacity to eliminate amyloid made it reasonably probable to do so.

Roger Sperry was Looking for a Cure for Which Disease